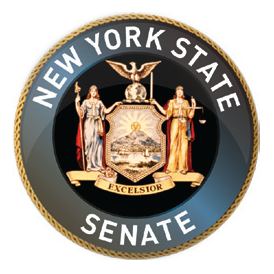 "Our dedicated volunteer firefighters set aside their personal health and safety to assist others in need. They never waver in their commitment, sacrificing precious time with their families to respond to an alarm, no matter the hour of day. They deserve our highest respect and admiration," said Young.

Senate Bill 1411, co-sponsored by Young, would expand presumptive cancer coverage for certain types of cancers that have a higher rate in volunteer interior firefighters. The bill recognizes that overexposure to smoke and toxic fumes increases the risk of firefighters contracting certain types of cancers, including cancers of the digestive, hematological, lymphatic, urinary, prostate, neurological, breast and reproductive systems.

"Volunteer firefighters face the same hazardous conditions when fighting fires as their paid firefighter colleagues, and it is only right that they have the same health care coverage. We know a greater number of firefighters are being diagnosed with cancer, and medical studies continue to conclude that firefighters are at a significantly higher risk for many types of cancer. This legislation will address these critical health issues, honoring the service of our volunteer first responders, and bringing them in line with their paid colleagues," Senator Young said.

Due to reports in recent years of a number of instances in which payment of death benefits under the Volunteer Firefighter Benefits Law (VFBL) were delayed, the Senate also passed Senate Bill 1195. Under the legislation, families of volunteer firefighter and volunteer ambulance workers who are killed in the line of duty, would receive payment of death benefits within 90 days of the filing of the application to receive such benefits.

Young said, "The loss of a family member can cause significant financial hardship, and these delays only cause further stress and anxiety. Volunteer firefighters and ambulance workers should rest assured that if anything should happen to them, their families will receive the support they are due."

According to a 2015 report by FASNY, New Yorkers save more than $3.8 billion each year due to the services provided by the state's volunteer fire departments. FASNY's study also concluded that if the state switched to an all-paid fire service, an additional 30,822 firefighters would need to be hired and more than 1,300 stations would have to be built new or reconstructed. It would cost about $5.95 billion to acquire the necessary structures, vehicles and equipment, and property taxes across the state could rise by about 26.5 percent on average to cover the added cost.

Warning: Invalid argument supplied for foreach() in /home/batt2/public_html/packages/tweetcrete/models/tweetcrete_user_timeline.php on line 47